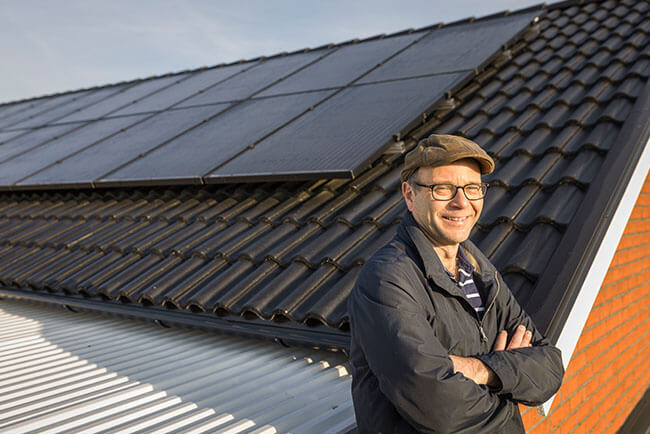 Passive house. Energy house. Zero energy house Whatever name it is given, it means a building that needs the absolute minimum amount of energy to heat and ventilate its residents. One thing is certain, the terms are usually linked to new, ultramodern buildings... hardly houses built in the 1970s. But Mats Edvardsson's 47 year old house is just as unique as a zero energy building, thanks to a system solution based on ground source heating and solar energy!

It should be said straight away. Mats is interested in technology, works at NIBE Energy Systems and "practises what he preaches". Having gradually made his 240 square metre brick house energy efficient with, among other things, a NIBE F1255 high efficiency ground source heating plant, he succeeded in getting his annual electricity consumption down to a modest 9,000 kWh. Impressively low, but not low enough for Mats!

"You could say that one of the greatest energy efficiencies in our house was when the children moved out," Mats begins with a laugh and continues. "Of course, the subsequent investment in ground source heating significantly reduced energy consumption. But when it came to the final 9,000 kilowatts, it was time to raise my sights and look to the sun."

In recent years Mats has been calculating the benefit of solar cell panels. At the same time it gnawed away at him that the house's old roof needed to be replaced before he could realise his dream of a zero energy house. No soon- er said than done. Together with his son-in-law, who is a carpenter, Mats rebuilt the roof. This paved the way for the investment in the latest solar cell panels. Completely black, monocrystalline silicon panels. To achieve an annual production of 9,000 kWh, Mats had to install thirty panels on the roof.

"It looks fantastic, the panels merge in very well and are barely visible. The only thing that irritates me is that I had room for two more on the roof and could have obtained even more power," Mats says with a laugh. 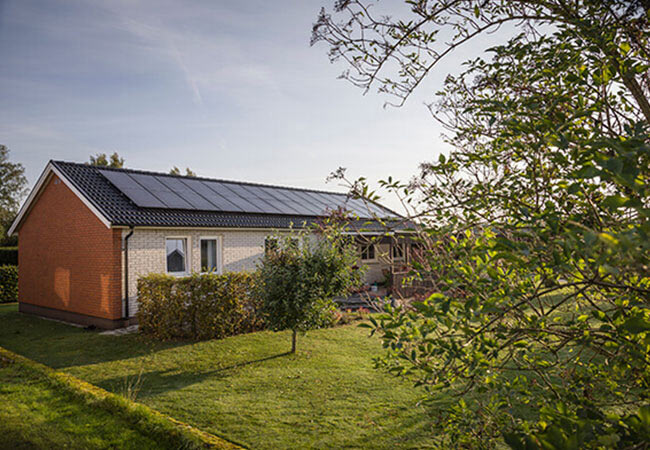 A piggy bank on the roof

Two months after the premier, Mats has already harvested over 2,500 kWh, free with the help of the sun. Equivalent to some SEK 2,500 in saving and sold electricity. The per- formance has exceeded expectations, and in the period from March to October, Mats is anticipating generating and selling as much electricity as he needs to buy in during the period from October to March. In other words, Mats' house is a zero energy building, built in 1970!

"The feeling of having succeeded in creating a zero energy building is absolutely special. It feels great to know that my house is self-sufficient in terms of energy and in many ways is better in energy terms than most newly constructed hous- es. It shows that even faithful old detached houses from the 1970s can become tomorrow's energy heroes using smart system solutions based on ground source heat and the sun. Quite simply, the fantastic power of nature," concludes Mats Edvardsson in Hässleholm.