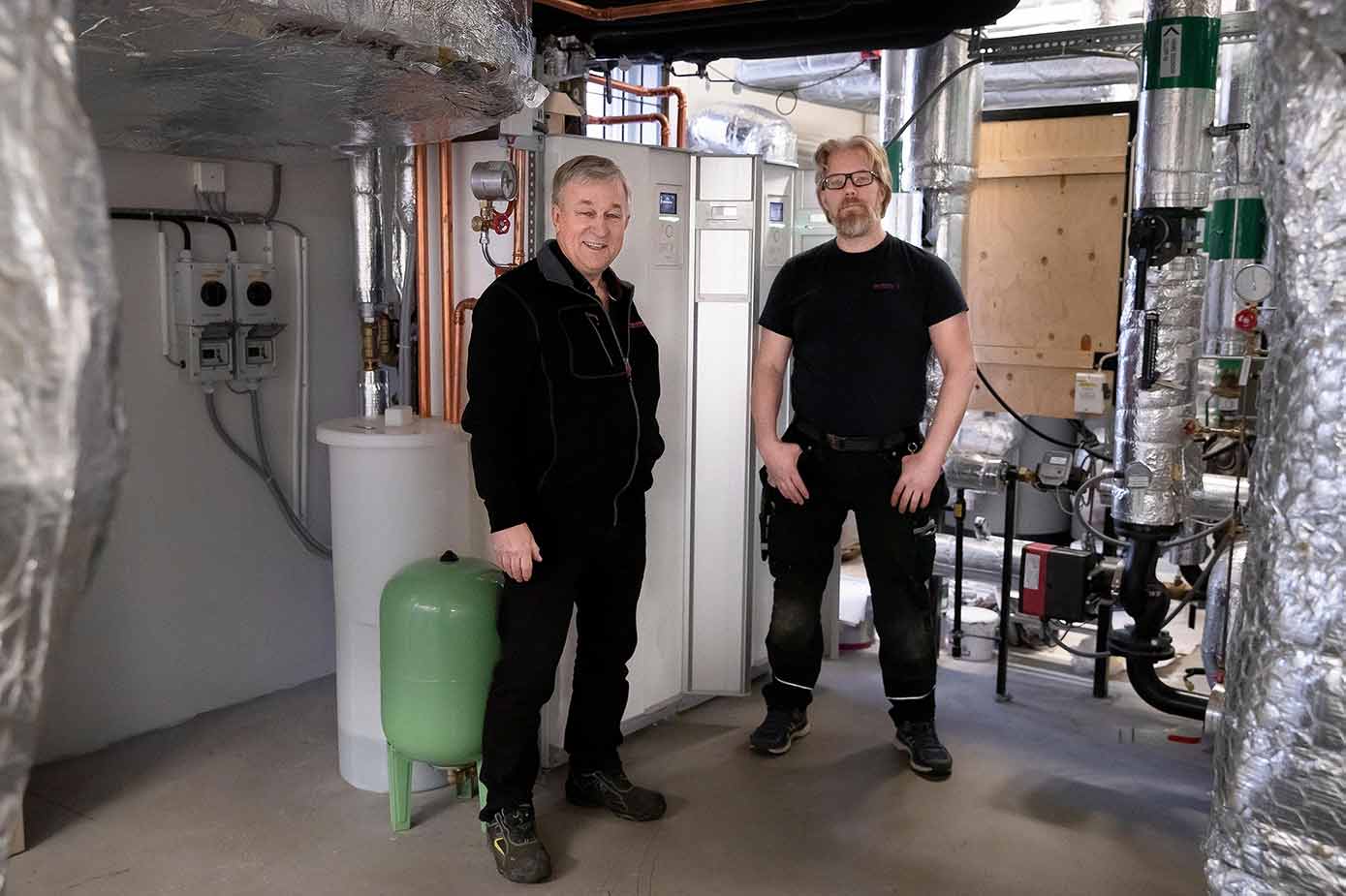 He installed his first NIBE exhaust air heat pump as early as 1981. With 37 years of loyal experience of NIBE’s heat pumps, Kent Emtelin is probably one of the people who knows most about the importance this technology has had for Swedish houses and homes. Kent’s sons are ready to take over the company, but as of yet, his love of the job is too strong for him to give it up. He is simply imbued with the energy revolution he has been involved in bringing about in Sweden.

”I have fond memories of my first visit to NIBE in Markaryd in the beginning of the 80s. We just stood there in front of the NIBE Fighter Twin exhaust air heat pump and gazed in admiration. Until then, I didn’t have any experience with heat pumps, but what a journey since then,” Kent exclaims with warmth in his voice.

Before becoming acquainted with NIBE’s exhaust air heat pumps, he had serviced NIBE’s electric boilers and hot water heaters. This was a technological breakthrough if ever there was one.

”The funny thing is, we thought we would soon be out of business when heating with oil was phased out. The introduction of heat pumps had the opposite effect and it turned out that starting my own business was the perfect decision. Almost immediately we started to get a lot of business from developers who were building new houses and were either installing CTC or NIBE. After problems with CTC, insurance companies started to recommend NIBE’s machines. Then we had a lot to do,” Kent tells us.

Focus on condominiums and housing associations

For Kent and his sons Ulf and Erik, exhaust air heat pumps have been a success, and something appreciated by customers in Mälardalen. Condo and housing associations are in the centre and today the company exchanges about 300 machines a year, including the NIBE F370. That is, NOT machines for new houses, but replacements! The first and even the second replacement wave have thereby rolled in over Stockholm and its surroundings.

”Sometimes we replace two a day in addition to repairing machines that aren’t too old. However, we have noticed that housing associations tend to exchange a whole series of machines at the same time if one machine starts to act up after perhaps twelve years. It’s a bit too bad really since most machines will run for at least 16 years and are worth repairing. But the associations want to be sure and to sleep well at night, so they often replace them all at once,” says Kent.

And when it comes to the reliability of exhaust air heat pumps, Kent is impressed with the development.

”Just think, what development! The machines have become better in every way, they’re easy to install, and the just keep going. We have also learned to teach our customers how to change filters and top up with water if needed. By these simple means and thanks to the superiority of the machines, our customers needn’t worry about alarms and we don’t need to make minor repairs,” says Kent.

Kent describes collaborating with NIBE as a friendship. ”After 37 years, you are more friends than business partners. Everything has worked well and we have had lots of fun at the same time as we have made Swedish houses and homes more energy efficient in a way that we barely dreamed of doing in the 70s and 80s. It’s something to be proud of,” concludes Kent Emtelin, MD of Stockholm Pool och Värme.