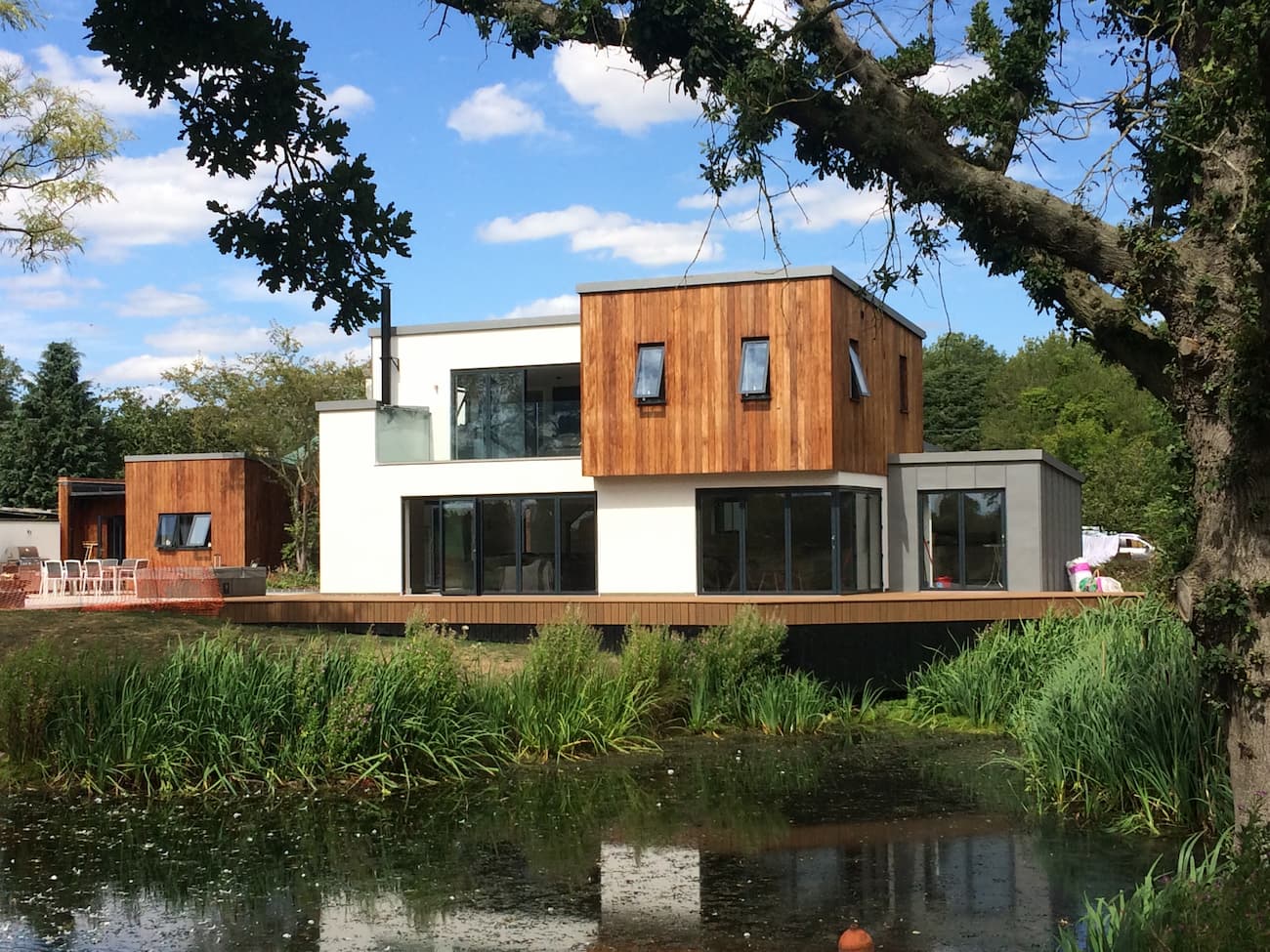 The combination of a new build project and the renovation of an old 18th century cottage seems like the ultimate building challenge. But one developer in Suffolk has found that it has given him the opportunity to create the home of his dreams. Woodlands, is a combination of a two bedroom cottage and a one bedroom contemporary extension; a seamless example of how old and new can live effortlessly side by side.And, to ensure the property had plentiful heating and hot water, owner and developer Mark Aldred chose to install two NIBE Ground Source Heat Pumps which allowed him to move away from his previous oil system and to future proof the home in terms of its energy source.

One NIBE F1155 6kw and one F1255 12kw systems of the latest generation inverter driven type were selected, which are speed controlled and regulate output according to demand. This allows the heat pump to automatically adjust itself to the power demand of the property which results in optimal savings and reduced energy consumption as the heat pump always runs at the correct output all year round.In an added twist, Mark has installed the system with the pumps on show in the central hallway of the new build part of the house to showcase they system and add another feature to his contemporary styled home. During the process NIBE VIP installers EGE Energy supported Mark’s vision encouraging him to showcase the renewable heating system and install the most technologically advanced system to drive maximum performance.

“Woodlands is a beautiful home with the 153 sqm new build extension and the old 100 sqm cottage showcasing a real forward way of merging old and new and we were delighted to support Mark in his vision to install the most efficient of systems and to put this effectively on display,” said Steve Webster EGE Energy Ltd. “Whilst planning restrictions prohibited the removal of, or changing of the old cottage and required that Mark kept the old cottage in his plans, the way in which he has integrated them is inspiring. We were very happy to provide consultation as to how he could achieve maximum energy efficiencies for the two halves of the property and NIBE was our obvious choice due to the reliability and performance of its systems.

“Two pumps were specified to deliver 18kw of power and were fitted in a cascade format to ensure sufficient heating capacity was generated no matter what the requirements of the homeowner. 1200M of collector loops were laid horizontally to facilitate the system.

“NIBE worked in conjunction with both myself and the client to design the system so that the majority of the working parts would be concealed in a plant room but that elements of the pumps could be showcased in a striking hallway feature. Furthermore, a NIBE Uplink system – which gives the user greater remote control of the system – has been fitted.”

The installation is entirely suitable for the Government led Renewable Heat Incentive (RHI) programme and the predicted figures will be a little over £2700 per annum.

Furthermore, the system will balance the heat in both parts of the property which have different demands. The new construction will benefit from under floor heating whilst the old cottage will enjoy the replacement of radiators in keeping with the style of the property and to comply with planning requirements.

Mark Aldred owner and developer commented; “My two bedroom cottage has been a fantastic home but I knew that more space was needed. After some investigation it became apparent that we didn’t need to leave the home we loved and that with some careful design we could integrate the cottage into a stunning new build, fulfilling the planning brief of creating something unique and different.

“During the initial discussions it became apparent a renewable energy heating and hot water system would be an appropriate investment; future proofing the home and supporting the differing needs of the two parts of the new property.

“Now that the new build is finished we are able to commence the refurbishment work on the cottage – where we have been living during the building project – and as this progresses Solar PV panels will also be installed to support the energy required for the running of the system.

“I am thrilled with the performance of the system in the newly constructed part of the home and feel sure that this will continue once the two parts are integrated into one working system.“Steve and the NIBE team have been fully supportive of my vision and anyone looking to move into renewable energy systems either as a developer or as a homeowner should look no further than them.”

Back to ground source case studies